A timely new edition of the classic journalism text, now featuring updated material on the importance of reporting in the age of media mistrust and fake news—and how journalists can use technology to navigate its challenges. 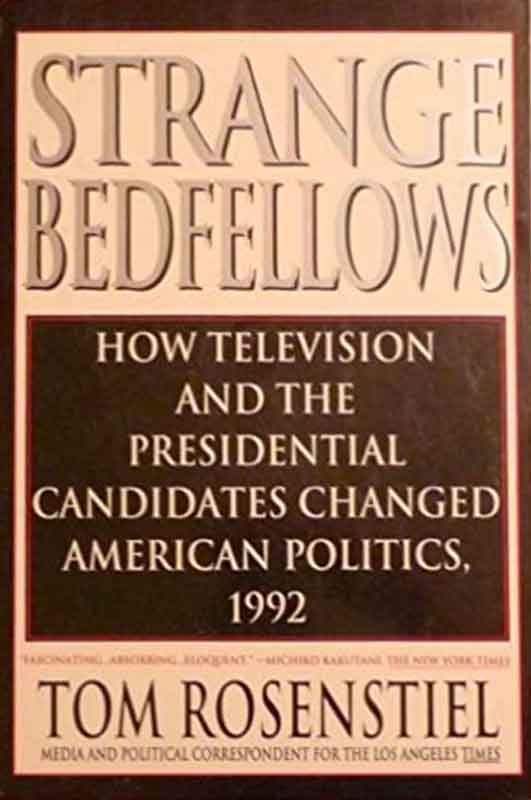 The year Bill Clinton was elected marked a turning point in politics. The three broadcast television networks lost their hegemony over presidential campaigns. A billionaire announced his candidacy on a cable call-in show. Talk radio became a force. Clinton went on MTV to talk about his underwear. The presidential debates turned to voters rather than journalists for the first time to ask the candidates questions.

The roots of 21st century politics can be found in the pivot moment of the 1992 campaign more than any other. Strange Bedfellows tells the story of that tumultuous year from inside the media and the campaigns, with a particular view inside one network, thanks to an agreement between the author and ABC News, then the dominant television news source in America, for complete access for the duration of the race.

“The best of the books on the 1992 campaign. An intelligent, original and educational critical inquiry”

“Wise and iconoclastic…trenchant, breezy…the hot book on [the 1992] campaign. Rosenstiel has set a very high standard”

“An absorbing retrospective that raises as many questions as it answers.”

“As one who produced network coverage of presidential campaigns in 1956, 1960, 1964, and 1968, this reviewer finds the contrasts with 1992 startling and most disquieting. Strange Bedfellows brings that contrast sharply into focus. Recommended for all libraries.”

“Los Angeles Times correspondent Rosenstiel strips down layers of spin-doctoring, polling, sound-biting and advertising to reveal the relationship between the press and politics.”