Warp Speed describes a world of news in which the speed of delivery is reducing the time for verification, sources are gaining more leverage over the news, and argument is overwhelming reporting. 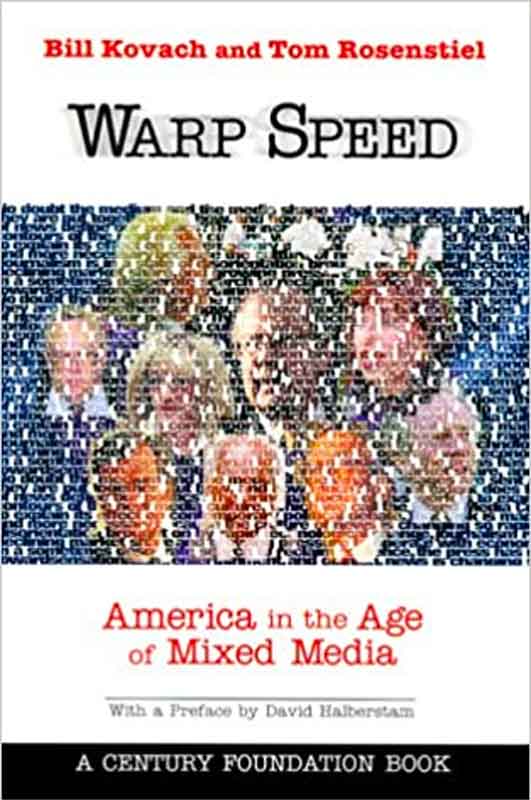 The definitive look at a turning point in politics and culture, Warp Speed dissects how the media enabled rather than covered the impeachment of Bill Clinton and what technological and structural forces drove it. Everything that was about to happen with the Internet was already happening.

Warp Speed describes a world of news in which the speed of delivery is reducing the time for verification, sources are gaining more leverage over the news, and argument is overwhelming reporting. The press, forced to adhere to the demands of the bottom line and keep its audience, is straining more and more to find the Big Story to package as a form of entertainment, turning news stories into TV dramas; and turning history into a kind of Truman Show. As a result, the role of the press in a self-governing society is undermined.

Grounded in extensive research, Warp Speed is informed by interviews and testimony from the principal journalists who covered this story and who covered the other great scandals of Washington politics. It offers detailed recommendations on how journalists can right their ship, such as using anonymous sources more responsibly and turning good journalism into good business.

“In this extremely painful year, Bill Kovach and Tom Rosenstiel have . . . outlined with great skill and lucidity the changes taking place and why they happened. Anyone concerned with how well we as a profession are now using our priceless freedoms . . . would do well to read their description of the decline of the editing function, and of the rise of a culture of allegation and assertion at the expense of an older culture of verification. . . . [W]e are very much in their debt.”

— From the Preface by David Halberstam

“This is a MUST read for anyone who cares about how Americans at the start of a new century get their news and information. . . . [A] brutally accurate picture of what’s right and especially what’s wrong with our 24-hour-cycle news culture.”

“This vital analysis of American journalism at the cultural crossroads is critically important. It will force editors, owners, and readers to decide upon the principles they stand for, and the standards they will insist on, before they drive over the cliff.”

“[E]ssential reading for anyone concerned about how the press performed on the Monica Lewinsky story . . . . Kovach and Rosenstiel offer both an insightful analysis of what went wrong and sound proposals that might help avoid a repetition of a wretched performance.”